It seems I’m not the only one whose alcohol consumption crept up with the recent covid-19 lockdowns. I’m also not the first woman whose tolerance to alcohol has declined every year after hitting 40.

It’s difficult to face the fact that drinking isn’t enjoyable anymore, when it’s such an ingrained part of life. Especially living in a county like Spain where a shot of anis or a carajillo for breakfast isn’t frowned upon.

And if like me, you have beer/wine/gin lovers living with you, you may find it very challenging to cut down during these times, let alone give up drinking altogether.

I got to the point where it would only take the sound of a beer bottle cap coming off (*tisch!*) to trigger the auto-response “yes I’ll have one too”.

When wine o’clock is one of the few pleasures to look forward to and ‘treat ourselves’ with during stressful times, how is it possible to avoid feeling like you’re giving something up or missing out? The change around for me started with reminding myself “the first few sips may be pleasurable, the morning after certainly isn’t”. With that firmly in mind, I set about exploring alternative non-alcoholic drinks.

Instead of trying to ignore the ceremonial drinking times marked on the imaginary weekly drinking schedule, my strategy was to honour beer o’clock. I wouldn’t miss out on the ’treat’, I would simply replace the booze with something else equally, or possibly more, grown up.

Knowing there’s only so much Diet Coke one can stand, I went on the hunt for drinks with an edgy taste and sensation (things that couldn’t be given the lame title of a ‘soft drink’).

I’ve also gone for zero or low calorie drinks (certainly not higher than a single whisky or gin shot). The drinks or ingredients had to be easily available too, whether in supermarkets or bars and cafés. And lastly – easy to serve. I didn’t want any excuses to get in the way.

This was suggested to me by my sister who stopped drinking with support from Kate Bee’s The Sober School.

Grapefruit & tonic was a game changer because it’s the perfect replacement for my ceremonial Sunday Evening Gin & Tonic. It made me realise there is life after booze.

One part grapefruit juice to four parts zero calorie tonic water will make a lovely sour, dry drink. If you use pink grapefruit juice, lots of ice and serve in a Spanish style ‘copa’ you’ve got yourself a big, blousey, alcohol-free ‘gin & tonic’.

You can garnish it with whatever is at hand, mint or rosemary leaves for example. Even grate some fresh ginger in there. Make a big show out of it and enjoy a clear head the next day.

I’d heard of aromatic bitters before (the type added to cocktails to knock your head off) but not bitter sodas until recently. It seems they emerged in 1960s Italy and became popular in Spain too. I’m on a mission to make them trendy again.

Bitters are a type of aperitif. Think Aperol or Campari cocktail without the hangover.

They are really dry. This is good news as not only are they low or zero calorie, they are hard to gulp down like you would a regular soda. You have to sip these like a proper grown up – preferably served in a chunky crystal glass over ice, with a slice of orange thrown in.

Sold in single serve bottles and cans, I was surprised to find so many brands in existence: there’s Bitter Kas, Crodino, Mare Rosso, Sandbitter, and loads more.

Virgin Mary is on my list because it’s an option while out socialising in Madrid.

In a bar one time, I asked for a simple tomato juice and it came served from a cocktail shaker mixed with lemon and tabasco sauce, poured over ice and with a tray of accoutrements. I’m not sure that would happen in a British pub!

Anyway, this is something I can throw together at home without too much fuss. Sometimes it’s just tomato juice with ice, and that’s good too. But with a kick of chilli from the tabasco it’s something exciting and rebellious for the tastebuds. Again, serving it in a beautiful glass with salt, pepper and all the trimmings (if you can be bothered) makes it a special treat.

Let’s be honest, you can’t really taste the vodka in a Bloody Mary anyway, so it’s an easy alternative to get your head around.

It’s amazing how a drink so healthy can seem like the nearest thing to booze.

Kombucha is a fermented green tea drink that includes the added bonus of being super-healthy due to the probiotic bacteria it contains.

It’s naturally fizzy and smells a bit ‘cidery’. Some varieties can taste as dry as brut champagne, and some look just like cava. This could well be the nearest you’ll get to an alcohol-like drinking experience.

Kombucha is becoming more mainstream so you may easily find it in a supermarket, or at least in a health food shop. Brands of Kombucha come in all sorts of flavours too, from cranberry to ginger. Watch out for the calories though as some can be quite sweet.

I like to drink it from a cava glass – with a tapa of olives on the side, naturally. Although it can be a bit pricey, I think it’s worth it every now and then.

Kombucha does contain a tiny amount of alcohol (less than 0.5%), in order to be sold as non-alcoholic. The same goes for non-alcoholic beer.

My version of a non-alcoholic gimlet uses Vichy Catalan which is a Spanish mineral water from a town north of Barcelona. It’s the weirdest tasting water ever, because of it’s high sodium level and tiny bubbles.

I’ve included it in my list because it’s cheap and ubiquitous in Spain, but you can easily replace it with soda water. Squeeze a fresh lime to taste into a glass over ice, and top up with Vichy Catalan or soda.

If you want to go SUPER-SOUR, use a full lime with tonic water.

For me, the saltiness of the Vichy and sourness of the lime combined with the tingly little bubbles really turns me on!

Final thought: What about alcohol-free versions of wine or beer?

Non-alcoholic beer is really popular in Spain. Nobody bats an eyelid or thinks you’re pregnant if ask for it in a bar. However, I find alcohol-free beer disappointing, so I’ll only use it to mix with regular beer to make a low-alcohol version.

Having said that, there are toasted types which are more enjoyable than a regular non-alcohol lager because of their deeper flavour.

I’d say give alcohol free versions of wine, beer or even gin a try, but they could be a let down. You might be drinking something from a bottle that says “wine”, but you can’t trick your brain into enjoying it as if it were.

I’m a Marketing Consultant and Strategic Business Coach from London. For enquiries email gabrielle@thecoachspace.com or connect with me on LinkedIn. 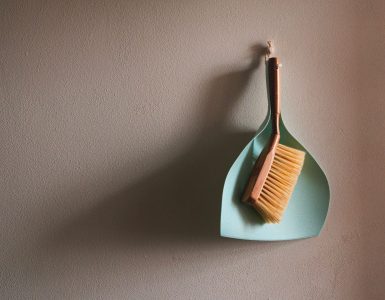 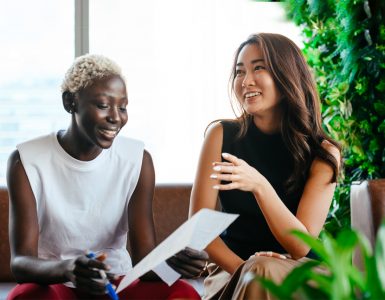 Career coaching exercises that the experts use

What the colours of your clothing say about you, your happiness and health 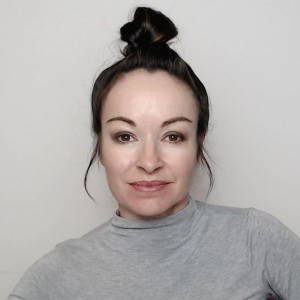